Steven George-Hilley is a communications consultant based and London and a founding member of the Africa Accelerate Project. Steven has worked on international aid campaigns across various African countries including leading school projects in The Gambia and working in local villages in parts of Kenya.

His work in Africa has been recognised in Third Sector Magazine and Civil Society Magazine, which covered a detailed piece on his work supporting Gambian villagers in The Glove Project. His other work includes interviews with BBC Radio 4 and ITV news in addition to being an Associate Editor of The Commentator.

In addition to his aid work in Africa, Steven George-Hilley is also a director of technology at UK think tank Parliament Street and works for London business think tank Colloquium. He has a keen interest in International Development debates and UK policy for the developing world.

School project in The Gambia

As director of the Africa Accelerate Project, Steven’s role and key responsibly is to lead on content creation and publicity for the group. He is also in charge of general policy direction of the organisation and manages its overall political direction.

Steven is also the founder of Centropy PR, a leading technology communications agency based in London.

For many of us, social media offers the opportunity to engage with friends and family at the touch of a button. It provides users with a platform to launch a business, to share creative ideas and reach vast global audiences.

The offence often involves an offender uploading and sharing intimate content of a former partner onto social media, designed to cause distress and harassment. In response to the growing number of offences in this category, a new law was passed in April 2015 making such conduct illegal and a criminal offence.

Ahead of the 2015 General Election, perhaps the most important in a generation, Parliament Street has brought together a group of leading Conservative Party activists, business and charity leaders and political figures to put forward a manifesto for “Smart Government”.

Featuring a foreword by Rt Hon Liam Fox MP, this guide proposes policy recommendations on a variety of key topical issues, such as the economic recovery, the European Union, housing, education, energy, and constitutional reform. We hope this publication will build on the vital work done by David Cameron’s Government, and help secure and enhance the future of the United Kingdom.

Bring Your Own Device (BYOD) in local government 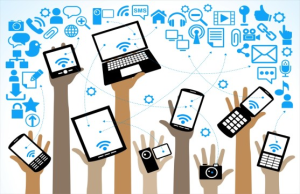 The advent of Bring Your Own Device (BYOD) policies in both the public and private sectors is being fuelled by the tidal wave of personal devices now owned by employees which are often more expensive and sophisticated than those provided by the employer.

Devices purchased and paid for by organisations for use by employees are now often of older specification than expected and are lacking in features and applications desired in the fast-moving technology marketplace.

Once considered a privilege, work devices such as mobile phones and laptops are often seen as a second choice compared with personally selected and upgraded devices chosen by consumers. The ability of employers to keep up with these rapid changes in specification and demand is also inflamed by the fact that device orders often have to be made in batches rather than on individual requests. This means that all too often, work device upgrades are slower than expected, leaving the employer one step behind employee expectations.